The H2020 Pollution Reduction Sub Group is one of the three sub-groups set up by the Horizon 2020 Steering Group. Chaired by the UfM Secretariat and the European Investment Bank (EIB), its task is the identification and development of investment projects to reduce the most significant sources of pollution in the Mediterranean.

The work is being carried out in close coordination with the framework of the Barcelona Convention and led by UNEP-MAP (Mediterranean Action Plan) and the investment component of pollution reduction stipulated in the National Action Plans (NAPs), which were adopted in early 2016 in the framework of the LBS Protocol of the Barcelona Convention, under the UNEP/MAP MEDPOL programme.

As mandated by Ministers and set out in the objectives of Horizon2020, the PRPI group aims to establish a list of flagship projects that contribute to environmental de-pollution of the Mediterranean and socio-economic development in the region. The idea behind this coordination effort is to first identify regionally significant and bankable projects and then to give these projects strategic priority in order to push them forward to implementation.

Specific importance of the work is being placed on more strongly involving the Private Sector as well as local authorities and municipal infrastructures.

In support of this, the FEMIP (Facility for Euro-Mediterranean Investment and Partnership) – funded Mediterranean Hot Spots Investment Programme is underway. It is now in its second phase of implementation.

Reaching its closing in 2020, the key achievements of the Initiative include: more investments, strengthened policy and legal frameworks as well as capacities to implement them, improved information and knowledge, enhanced education and awareness, higher priority of pollution reduction and prevention on national, regional and global political agendas (vs depollution) and contribution to setting the path towards green economy in the region.

The Mediterranean Sea is the largest of the semi – enclosed European seas, surrounded by 21 countries that share a coastline of 46,000 km. The region is home to around 480 million people and the environmental challenges it faces are significant. Back in 2006, the ‘Horizon 2020 Initiative’ was launched inviting all committed stakeholders to join efforts in substantially reducing pollution in the Mediterranean by the year 2020 by tackling the sources of pollution that are said to account for around 80% of the overall pollution of the Mediterranean Sea: municipal waste, urban waste water and industrial pollution. 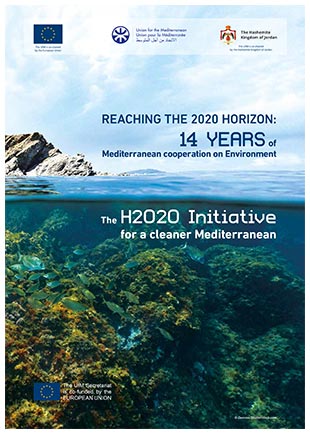 Final Report of the Horizon 2020 Initiative for a Cleaner Mediterranean: 14 years of Mediterranean Cooperation on Environment

Taking note of the lessons learned from H2020, a follow-up agenda entitled “Towards 2030: Agenda for a Greener Med – Contributing to Achieving the Environmental SDGs in the Mediterranean” (2030GreenerMed) has been formulated by the UfM. This new agenda will be dedicated to support the urgently needed transition to a more sustainable, green and circular economy in the Mediterranean.

Horizon 2020 Initiative for a Cleaner Mediterranean by year 2020 HD

Published in 2014 the Horizon 2020 video outlines the efforts and results of the Initiative in different parts of the Mediterranean. Video playtime is 48 minutes and 11 seconds and is available in HD format for high quality viewing. The video can also be found on youtube at https://youtu.be/YTaNbpRerpE

Learn more about how the collective efforts of the Horizon 2020 Initiative serve all the people of the Mediterranean region by protecting the environment, promoting a better quality of life and a sustainable development. 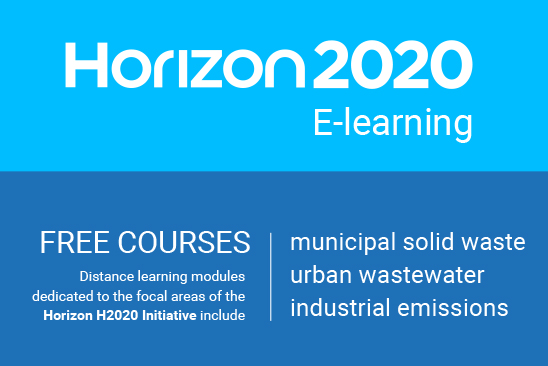 The ‘Horizon 2020 Initiative’ (2007 - 2020) has been a joint effort to substantially reduce pollution in the Mediterranean by tackling the sources that are said to account for around 80% of the overall pollution of the Mediterranean Sea: municipal solid waste, urban waste water and industrial pollution.

3rd meeting of the UfM Task Force on Environment

The 3rd meeting of the UfM Task Force on Environment brought together on April 9th in Brussels, Belgium, the UfM member countries, UfM Co-Presidencies and the Secretariat of the UfM, UN Environment/MAP and other regional stakeholders and partners.

The EU funded regional project SWIM-H2020 Support Mechanism is ending by the end of April. It was dedicated to strengthening capacities and awareness on reduced marine pollution and the sustainable use of scarce water resources.